10 Things to do and see in Bangkok 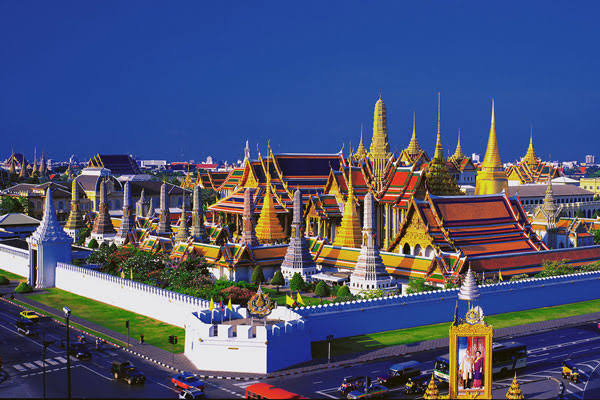 Bangkok began as a small trading centre and port community on the west bank of the Chao Phraya River some 200 years ago. Today, while the city is up to speed with modern times, the grandeur and glory of its illustrious past still prevails. Be it dazzling temples, spectacular palaces, a world-famous floating market or colourful Chinatown, each of these famous places has an intriguing story to tell.

Let have a look at the top things to do and see in Bangkok: A visit to Wat Pho is a must for any traveler to Bangkok, it is the home to the Reclining Buddha which stands at fifteen metres tall and forty six metres long, the feet alone are measured at over five meters. The whole statue is covered in gold leaf and looks incredible when you get up close. Inside the temple there are 108 bowls and on the way in to the temple you can buy coins for the bowls. The history behind this is that Buddha completed 108 positive actions on his way to becoming perfect. Whilst you are at the temple you can also stop for a while to receive a traditional Thai Massage. Of all the places to visit in Bangkok the Grand Palace is the most famous attraction there is. You simply cannot move onto another city until you have taken the time to visit here. The palace at one time was the king’s home as well as the place where the government of Thailand carried out their work. A trip to the palace can take many hours as there are over 214,000 sq. meters to cover. Be aware of potential scams when outside the palace and only pay the entrance fee when you are actually going in. The Bangkok National Museum is home to the largest collection of artifacts and Thai art in all of Thailand. The museum was first opened by King Rama V to show off all the gifts that his father had given to him. There are many interesting things to see in the museum such as Chinese weapons, precious stones, puppets, clothing and textiles and Khon masks. If you go to the museum on a Thursday you can be given a tour in English to give you a greater understanding of everything in the museum. Before the financial crisis hit the world a few years ago a huge 49 story skyscraper was being built in the heart of Bangkok, but when the crisis hit the building work stopped and the tower was never completed. Now it sits there abandoned, far too big for anyone to do anything with, unless you fancy a climb? At the bottom of the tower are some security guards and you will need to pay them but once that is complete you are free to tackle the tower. The views from the top are breath taking and will make the long hard climb up the unfinished tower worth it. Dusit Zoo is the oldest zoo in Thailand and has been open for over 60 years. There is a large range of animals inside the zoo (approximately 1600) including monkeys, alligators, lions, tigers, penguins and kangaroos. The zoo is very much a working zoo and has an animal hospital which looks after all of the inhabitants of the zoo as well as an education center, museum and train.

6. Take Part in a  Water Fight During Songkran Celebrated each year between the 13th and 15th of April Songkran is the traditional Thai New Year festival and nobody is safe from getting wet. In the Buddhist religion it is believed that by sprinkling water your sins and bad luck will be washed away. Today the sprinkling of water has turned into a full on water fight that the whole country gets involved in. with the huge crowds of Bangkok there is no better place to experience this festival as the city becomes one big party. Bangkok is famous for it’s nightlife scene and grown pretty big over the years. There’s exciting nightclubs, amazing rooftop bars, hip cocktail bars and much more. There’s the adult themed Soi Cowboy and Patpong, the party scene at Khao San Road and lot’s of clubs to dance the night away. An absolute must for all tourists to Bangkok, in most puppet shows the puppeteers are hidden from view but not in this show. The puppeteers are part of the show and it takes three people to control each puppet. The puppets tell out a classic folk tale whilst a live orchestra plays music to add to the atmosphere. The set design and craftsmanship that goes into making the props is magnificent as is the technique of the artists as well. There are more than 31,000 Buddhist temples spread out across Thailand and this one is one that you really want to see. The temple is named after Aruna, the God of Dawn. Situated on the bank of the Chao Phraya River is this beautiful temple that stands at 79 metres tall. The tower is covered in ceramic tiles and coloured porcelain making for an incredible sight when you catch it in the right light. The temple itself is guarded by a pair of mythical giants that keep watch over the temple grounds.

10. Feast Yourself On Durian You will probably smell it before you see it but Durian is known as the king of fruits. People either love it or hate it with some public areas going as far as putting up signs that completely ban it. A durian fruit is distinct for many reasons, firstly its look, it looks like some kind of medieval weapon with its thorny outer shell, and once the shell has been removed the insides are like this creamy buttery texture that some people say is the greatest fruit of all. 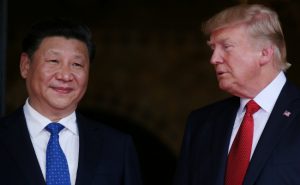 Nobody Can ‘Dictate’ to China Amid Trade War with US – China’s President, Xi Jinping 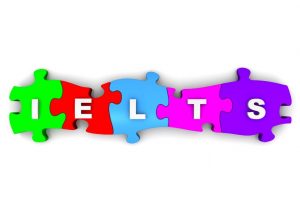 All You Need to Know About The IELTS Test 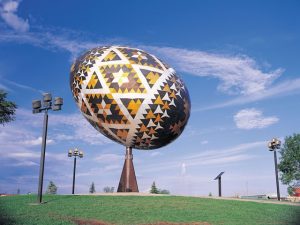 15 THINGS FOREIGNERS SHOULD KNOW ABOUT CANADA 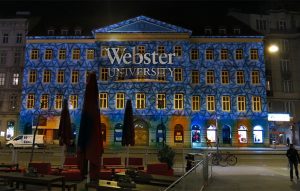 International Student Friendly; All You Need to Know About Webster University 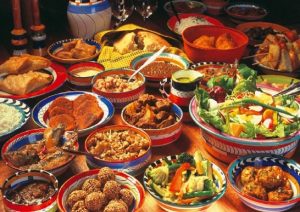